NuCypher ICO presented a demo version on GitHub. The development team creates a service for encrypting the transfer of all elements of corporate correspondence. Existing products of such competitors as Google Cloud KMS, TrueVault, Amazon CloudHSM, Azure Key, HP Voltage will help to understand the technology of this platform.

The Process of Transferring Encrypted Data

Differences From Similar Products in The Market

Most competitors from a list above don’t offer a decentralization option. The NuCypher project doesn’t have a single key holder, it is generated by the nodes. According to the developers’ interview, the sender needs to have about 2,000 tokens to create one node.

In total two keys are created — public and private. Dual encryption resembles cryptocurrency wallets, only files instead of coins.

If the information’s owners need to open access to parts of files to third parties, they don’t need to send them their private keys. It is enough to send a request to create a smart contract for the necessary files. This operation doesn’t require private keys.

Anne has a file, both public and private keys. Tomas has it too. Tomas gives Anne his public key. Anne encrypts her file with her private key and sends it to public Tomas’ key. Tomas open Anne’s file with HIS private key. The service also provides keys’ encryption during their sending using proxy servers. This mechanism prevents more than 50% of mine attacks.

The platform issues tokens to provides the encryption process. The system plans run POS-mining. Miners will receive coins for creating nodes (re-encryption nodes). More file transfer operations between network members = more reward for miners. A miner may lose tokens if he either loses or gives the system the wrong keys.

The security of data transfer depends on the number of miners (cryptographers) in the network. Therefore, developers should monitor the price of tokens and keep it at a good level. Otherwise, miners may switch to more profitable coin mining and the data encryption network will become vulnerable because lose its decentralization. This shouldn’t happen because decentralization is the main concept for the NuCypher project.

White Paper TALK: the documentation is written in technical language. A lot of information about technology, vulnerabilities, and methods of their’s solutions, few pictures. The text is intended for similar developers or investors who understand a bit of technology.

Despite are you a player, businessman or investor, it can be a good idea for you to go to the official ICO website, learn more about the project and invest in it if you really keen on this industry.

We build infrastructure for privacy-preserving applications.

📢 Our incentivized testnet, “Come And Stake It”, begins tomorrow! You can jump in anytime during phase 1. 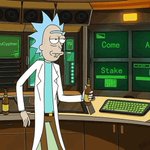 Sorry about the bad news 🙁 We're hiring software engineers to work on a new privacy-preserving cryptosystem @NuCypher https://news.ycombinator.com/item?id=21693548. If you wrote Rust or C at Mozilla you might be a great fit. Remote friendly. #MozillaLifeboat

Get ready to Come and Stake It

Had fun at #realworldcrypto, see you next year! 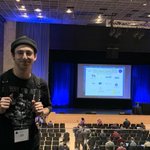 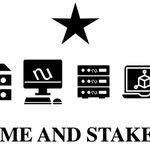