Asure ICO pretends to place a role of the biggest global project. Its mission is to find a solution of current problems in the social security area. The project will be developed by an it-company from the Swiss city of Zug Azure Foundation. At the same time, the project team is mainly from Germany, and the founders are IT specialists.

Phase 1: 55% of all ASR tokens will be generated

The financing projects process in the field of IT-technologies is encrypted in the ICO abbreviation, which means raising funds for the realisation of projects by selling cryptocurrency to potential investors. This digital technology is called crowdsale.

The Azure network works on the Plasma platform, and uses the ASR service token, created as an Ethereum smart contract.

Plasma was developed back in 2017 precisely to solve the problem of scaling. In practice, such a platform is able to integrate any number of independent blockchain projects into a single structure on the principles of a tree hierarchy.

The Basis for Commercial Interest in Future Tokens’ Buyers

In fact, Azure will operate on the blockchain technology of a decentralized information environment. This ecosystem will integrate the efforts of developers and IT-specialists in various cyber areas with investors from all over the world.

Buyers / investors of AZURE tokens are social security service providers and network validators. They will receive a reward for blocks (operations performed by them on the Azure network), not only income from exchange rate token growth.

The main ICO will take place in 2 stages. The minimum investment is limited to 0.5 ASR / ETN / USD. The total offer of ASR tokens compatible with ERC20 will be 100 million. 45% of them will be sold to investors through their TGE generation. 5%, based on the initial plans of the company of the issuer of the Azure Foundation, it is planned to spend on payment of remuneration to the bounty companies.

At the Pre ICO stage, it is planned to generate 55% of the total number of tokens attracted for the project. Of these, 5% will be shared between the bounty companies, as a reward for completing a set of marketing tasks, and reporting on network errors, for performing work to improve network algorithms.

In addition to the phenomenal economic prospects, the Asure blockchain has a number of technological advantages that make it unique compared to a number of functionally similar it-projects. These features include effective protection against unauthorized access to it, which as a result leads to serious errors and malfunctions in the form of:

But perhaps the most unique feature of Asure, which also makes it a revolutionary ecosystem, is the use of the ZK-SNARKS protocol inside it, which allows each point in Asure to conduct the entire necessary transaction package anonymously. A similar principle of the functioning of the information environment is also called access with zero disclosure. And this technological moment, in turn, completely eliminates the procedure for storing confidential information, and therefore its abduction by cyber criminals.

Check out our latest article: 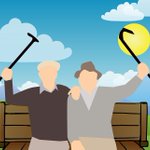 We wish a Merry Christmas and
a Happy New Year! 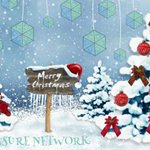 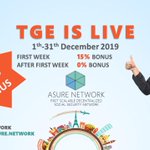 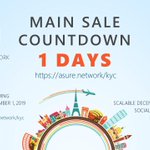 Pass our KYC first though:
https://www.asure.network/kyc/ 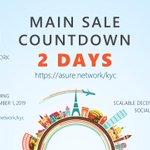